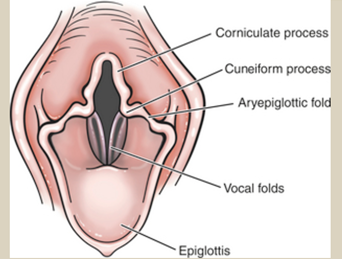 Why testing is critical to reduce the incidence of this disease in our breed.

What are the signs and symptoms of Laryngeal Paralysis?

Clinical signs of Laryngeal Paralysis are primarily a result of progressive failure of the laryngeal muscles.  Dogs with Laryngeal Paralysis are noisy when breathing in, particularly when panting.  In the early stages of the disease, owners may easily miss the abnormal sounds.  As the disease progresses, the dog may fatigue easily, develop a bark change and cough/gag when eating and drinking.  Severe upper airway obstruction can occur during strenuous exercise or in heat and humidity, which results in respiratory distress and collapse.

Typically, Laryngeal Paralysis is a common condition of middle to older aged dogs that involves loss of normal function of the larynx.  The larynx is a collection of cartilage flaps, or laryngeal folds that sit in the back of the throat over the entrance to the trachea (windpipe). Muscles attach to the larynx allowing it to open when breathing and close when the dog is eating and drinking to protect the airway.  When the larynx becomes paralysed, the folds remain in the closed position even when the dog is trying to breathe.  Breathing therefore becomes laboured and difficult. However, in Mini Bull Terriers many of the dogs that presented with Laryngeal Paralysis were young suggesting that there may be other causes other than muscle deterioration due to ageing.

What did the researchers do?

To see if they could identify a genetic cause, researchers in Germany undertook a study.  They analysed genome sequences of several hundred dogs to see if they could find mutations that might occur in Miniature Bull Terriers with the disease.

In affected dogs, they discovered an extra piece of DNA inserted into the RAPGEF6 gene, resulting in the production of an incomplete, non-functional RAPGEF6 protein. In other words, they found a faulty gene.

What were the findings of the research?

There are two copies of each gene in the genome of the dog; one copy is inherited from the father and one from the mother. The dog will only have the elevated Laryngeal Paralysis risk if it receives defective genes from both the mother and the father.

Even with two defective genes not every dog will become affected by Laryngeal Paralysis.

Dogs with one defective gene (carrier)

The researchers did not detect a perfect correlation between the mutation and the Laryngeal Paralysis, which suggests that other genetic and environmental factors also may contribute to the development of the disease.  Additionally, this mutation only occurred in Miniature Bull Terriers and Bull Terriers, and thus cannot explain Laryngeal Paralysis in other dog breeds.

Future matings should be planned with at least one of the breeding animals being clear to avoid the birth of further offspring carrier two defective genes.

At the same time, it is important to stress that carriers and even “At Risk Dogs” should not be immediately excluded from breeding.  An abrupt exclusion of all carrier animals from breeding would lead to a substantial loss of genetic diversity in the breed and a further increase in inbreeding.  This in turn is likely to result in the increase of other yet unknown recessively inherited defects.

Testing is critical for anyone wanting to breed.

The implications for breeding clearly show that for us to be able to reduce the incidence of Laryngeal Paralysis within our breed we need to be able to breed carriers and occasionally “At Risk Dogs” to clear dogs.  If we don’t do this the number of dogs showing symptoms and suffering is likely to increase.

If we act now, we can get this potentially deadly disease under control and eventually eradicated.

As a club we are strongly mandating that all dogs used for breeding should be tested for Laryngeal Paralysis.

It would be very helpful if all dogs would be routinely tested for Laryngeal Paralysis as without the test we do not have sufficient data to identify which dogs are clear.  The greater the gene pool of clear dogs the better chance we have of increasing the genetic diversity of our breed, to keep our dogs fit and well for the future.

What tests are available?

Whilst a DNA test for PKD is included in the Bundle it is not a known disease in Miniature Bull Terriers and if a diagnosis is required, we would STRONGLY RECOMMEND that PKD diagnosis is by an ultrasound scan.

However, even without using the PKD DNA test the total price for the Bundle Test is cheaper than buying PLL, LAD &LP DNA tests separately.

Other tests may be available in Europe and USA.